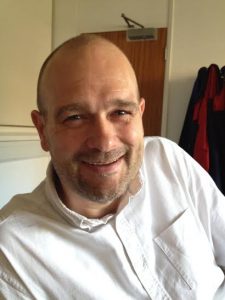 We’ve lived on the estate for more than 16 years now and seen quite a significant amount of expansion with the addition of 2 more areas into the ward; Imperials and Ringstone. During this time my children have been growing up and it’s always been difficult for the children to find somewhere decent to play or interact without it being seen as a nuisance, which I thought was a shame. They didn’t want to be, but we’re isolated and they didn’t have any options.

My wife, also spending the majority of this time as a childminder, had the same problem and ended up taking the children in her care elsewhere to play which, as any parents of small children will understand, can be a logistical nightmare and frequently very inconvenient. Now they’ve grown up a bit and don’t rely on us as much, I find myself with a little spare time and want to try to use it to make the estate more children friendly.

I have been trying for the last few years to work on the playground, but fundraising has always been the sticking point. What I would like against what we’re able to afford was always an issue. Being a director of the HRA for many years now I found it increasingly frustrating that the available funds were not there to do what I wanted, and spent many hours in the park last year trying to do what we could with minimal outlay to push things forward but when the costs were finalised I realised there was still a significant gap. The setting up of the charity, for me is the only way forward long term. Thriplow have supported us well in the past but we shouldn’t have to rely on them for everything. Our estate is as big as Thriplow now and we need to start standing on our own two feet. With Madelieine’s guidance we have really stepped up a gear and potentially opened the door to much wider funding  opportunities so we’re going for it. I’d like to think that going forward we can support the whole Heathfield ward, not just to get things established, but to make provision for the future too, and make the estate a more desirable place to live for all future and established residents.

If you think that you would like to be involved and would like to feel part of making our estate a better, more cohesive place to live, then please get in touch. We would appreciate any help you can offer.

Tweets by @Heartfamilies
Warning: stristr() expects parameter 1 to be string, array given in /homepages/29/d623173264/htdocs/app623173353/wp-content/plugins/custom-facebook-feed/inc/CFF_Utils.php on line 506

Warning: stristr() expects parameter 1 to be string, array given in /homepages/29/d623173264/htdocs/app623173353/wp-content/plugins/custom-facebook-feed/inc/CFF_Utils.php on line 506
Please enter the Page ID of the Facebook feed you'd like to display. You can do this in either the Custom Facebook Feed plugin settings or in the shortcode itself. For example, [custom-facebook-feed id=YOUR_PAGE_ID_HERE].